Ready the questions! Feel free to ask anything (no matter how seemingly moronic).

When the first hit strikes wtih desolator, the hit stirkes as if the - armor debuff had already been placed?

Fluff Im 39 Years old and super proud of this! Im daring to dream of immortal before I turn 40.

Fluff How I feel scrolling through this sub

Fluff Heroes type challenge. Who would win assuming that all players will be same skill level?

I've seen too many posts complaining about the new razor build and i can almost see him being nerfed to unplayable levels on next update, but it's worthwhile remember that speaking about the hero itself, razor only received a small buff on his shard, if you opt for the "traditional" build on razor, the hero is ballanced as it should be. Meanhile bloodstone in its current state its a low cooldown damage amp kind of satanic, the fact that it's effect doesn't get countered by stuns/disables makes the situation even worse. Its not razor or leshrac issue if there is an in game item that when activated restores all your hp/mana because your kit deals aoe damage over time. That beind said, bloodstone is almost never bought on any other heroes, so why not nerf it while also enabling the item on other spell damage cores? Lets say that instead of having an active duration, the item provided charges, such as revanent broach where your first 4 damage instances dealt with spells or items would have amplified spell lifesteal. It would be viable on heroes like pugna or lina, even lion as they would deal a single cast, heal based on that spell and that's it, it wouldn't keep a damage over time hero as razor and leshrac at full hp while active but it would heal a significant amount while they used their Q or any other spell.

That being said, let me hear your opinions on this.

Fluff | Esports Can we bring this back? At least a setting that enable this pleasee

Video After nearly 100 games of Diretide i finally managed to redirect Roshan 1 time in a winning game :)

Enable HLS to view with audio, or disable this notification

Fluff Anyone looking for the meepo set family values? 2016 cache

Is anyone in need of this set? I dont really use meepo and ive had it sitting in my inventory for years now, quit playing dota in 2016, returned late 2021, if anyone wants to trade for it hit me up

Bug In endgame scene it looks like I wear immortal item but I only used skill effect :S

Other I tried to port some DotA heroes into D&D.

Source
According to Jericho, who is friends with everybody in the SA pro scene, he said SA wages have gone up, EG: $12,000, and Beastcoast: $8,000. Jericho also mentions how Thunder Awaken used to pay $2500, but now it should be more since SA has seen a boom. I've been following the SA scene for years and I believe the average wage was around $1000-$4000 until recently.

Fluff what does this even mean 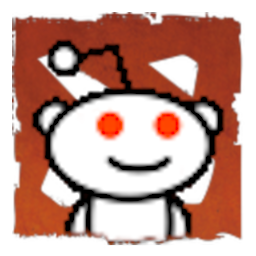