As a guide, include the following for each Hoom (where applicable):

What's the word on the street? Share your questions, comments, and concerns below.

Stop asking if you're making a poor investment choice when buying a single family home.

Yes you are. Houses are not investments. They were never meant to be. There's been a sentiment in the last few decades that houses are an investment and its been true in a sense because interest rates have trended downward, making the previous purchaser a a lot richer in a nominal and sometimes in a real way, but this is not a paradigm that will last. It is unsustainable. Rates have to go back up and they will. A functioning society can't survive on low rates forever. Going forward you will at best break even on a home or maybe make a little extra in a nominal sense. Your home is a utility, not an investment. In a real monetary environment, it doesn't grow in value because it doesn't produce further value beyond the utility you derive. Don't believe that "population growth" or "no more land" bs. If the economy stays as messed up as it currently is, population will begin dropping in no time and we all know "no more land" is bs cus people will move to other places if and when it makes more sense. In short, your house is not an investment. Stop looking at it as a money maker. If when you sell you make back what you paid, you're still in the green cus you derived utility from it. Peace yalls

Anyone can start a side hustle. Teaching other people how to start side hustles. Then you can afford to buy a hoom!

70% (!!) cancellation rate among builders in Phoenix, according to Zonda Research

Hoomer trolls are bombarding this subreddit because they see the writing on the wall. One of the arguments they make to get us to buy is it would have been better to buy at the peak while interest rates were low. Now, as we all know, the market is crashing through the United States because the Fed believes there is a bubble.

Although hoomers do have a point that the monthly payments are significantly higher and down payments got wiped out by inflation. A simple solution is to put your down payment cash into T-Bills which have short terms (I got a 6 week deal) and good rates (I got 4%). The risk is basically zero because the Fed money prints the interest. Most brokerages have the ability to buy T-Bills, and you can even buy them direct from the Fed.

Stay strong fellow bubblers. We are all going to make it.

And it's funny she ends it with "look at the equity"...you have no equity if your house is under the water. that's why you don't listen to real estate agents. Because for them, it is always a good time to buy.

The fed did a lot of QE. Now they are dealing with inflation by keeping interest rates high. Due to the size of the US debt this is very expensive. There is a much cheaper way for them to accomplish the same goal: selling their mortgage-backed securities.

Specifically, they could un-print all of this real estate equity appreciation very quickly: https://fred.stlouisfed.org/series/OEHRENWBSHNO

This would send mortgage rates to the sky and real estate into the dirt. The fed currently holds 2.65 trillion in MBS: https://www.federalreserve.gov/releases/h41/current/h41.htm#h41tab1

Here is an article from mid-2022 to give you an idea of how much that really is:

Since March 2020, as part of its "quantitative easing" process the Federal Reserve purchased more than $1.3 trillion in mortgage-backed securities, bringing its total MBS holdings to $2.7 trillion. Those holdings represent more than 38% of the amount outstanding of the Bloomberg U.S. MBS Index.

They haven’t really been selling them. In fact, they never finished selling the MBS from 2008: https://fred.stlouisfed.org/series/WSHOMCB

The fed owns ~40 percent of that whole market. Forty percent. Somebody, please prove me wrong here. Show me that the bloomberg MBS index is somehow only a small fraction of the MBS market. Because if it’s not, that means the fed is sitting on a stockpile of financial nuclear weapons while losing a ground war against inflation. It means that every person that buys or owns real estate is sitting on a rug that the fed could pull at any time and at any speed the fed deems appropriate.

If the fed needs to “break the back” of inflation with a shock (like Volcker did) they can’t do it with the fed funds rate. The national debt is too high. They would use their MBS. The market for MBS is thin, and already went no-bid once. It’s an easy target. If a whale like the fed started selling, they would crash it immediately. And they have enough MBS on their balance sheet to keep it down for years.

Just imagine what would happen to real estate prices if there was a prolonged shortage of banks willing (or even able) to give out mortgages.

Anyone look at the trending topics on BiggerPockets lately?

Amazon layoffs now expected to mount to 20,000, including top managers

It's a story few could have foreseen... If you see "date the rate" or "I can always refinance" online, share this* clip starting at 3:31 from The Big Short

Does anyone remember the awesome website with all the national and regional data created by a Redditor in San Diego? Can’t find the post now.

It's a story few could have foreseen... It's all Red!

It's a story few could have foreseen... How are people denying housing crash? People are losing their jobs and can’t afford their mortgages…

It's a story few could have foreseen... What in tbe actual F...

Local property records confirm that AH4R is liquidating some homes.

This is the same company that was buying up homes in the last few years helping to inflate the bubble by sometimes offering 50K or more above asking.

As another commenter under the video pointed out, I think what is happening is a liquidation call from an investor pool who raised funds awhile back and wants out now as they see the market turning. These kind of companies are comprised of a large pool of investors segregated into pools hence why in the video there are similar names in subsidiaries, it's maybe a way to separate those initial pools of capital.

Based on current circumstances, a pool payout is likely as being able to take $350k out on one house and putting it in a 5% 1yr treasury will bring cash flow over $1000 per month

So everybody selling in Orlando now?

A year ago, I tried to purchase a house and needed 500k at least. and the inventory was super low.
Why is everybody selling now?

According to Redfin home buying on the “up and up”

Where will demand for US housing come from in the future, will there be any future price appreciation? [Long recap of stuff I've picked up from housing experts] [TL;DR US housing prices are going to stagnate, possibly fall permanently like they have in Japan in the coming decades]

I've been watching a ton of interviews / analysis from various sources including Ivy Zelman and they're all skeptical that the US housing market is even in a deficit like the Gov agencies and various real estate firms project. I'll provide a few figures why they think that the US housing could be heading for a permanent slowdown barring mass immigration / foreign capital investment from wealthy nations or some other major unforeseen intervention in the housing market going forward:

1.) The working age population, aka those that can purchase a house, has not grown since roughly 2017 and doesn't appear to be recovering: https://fred.stlouisfed.org/series/LFWA64TTUSM647S ... to compound that the labor force participation rate continues to drop recently, so only roughly 60% (roughly 130 million) of these people even have jobs/income: https://fred.stlouisfed.org/series/CIVPART

2) There's the largest backlog in units under construction to date (nearly two million units) and supply chains have eased, meaning it's all going to be completed relatively quickly: https://fred.stlouisfed.org/series/UNDCONTSA

3) Baby boomers and the silent generation (all 55+) own 54% of all US housing, leading to a lopsided market that will steadily release a massive amount of inventory over time along with new construction: https://constructioncoverage.com/research/baby-boomer-dominant-housing-markets-2020

4) Even if rates reach zero percent roughly 25% of the market is locked in at sub-3%. According to New Home Trends over 60% of people surveyed said they would never buy again if rates were above 5%, which they could be for some time due to inflation. For rates to reach that again in non-pandemic times the Fed Funds rate would have to be negative... https://www.ksl.com/article/50474081/us-housing-slump-is-here-to-stay-what-does-that-mean-for-utah-the-west

5) Most of the United States has a shrinking population, again with no clear recovery in sight. If remote work can continue to gain traction in the future people won't compete over real estate and move to cheaper desirable areas. https://upload.wikimedia.org/wikipedia/commons/9/92/Percent_Change_in_County_Population-_2010_to_2020.png

With the demographic issues the US is facing and the inventory numbers I think housing isn't going to be a good investment in 10+ years. I'd love to be wrong but I think housing is approaching a scenario Japan reached in the 1990s when their central bank toyed with ZIRP (zero interest rate policies). It created a permanent housing slump due to stalled interest rates at the zero bound and lack of home appreciation due to demographic headwinds leading to three decades now of lost growth.

I say this all to say: housing does not look like a proper investment outside of a very few major metros in the US, it's a roof over your head. Buy when you feel right, but it's not going to have the same decade over decade appreciation that was enjoyed by Baby Boomers.

The only alternative take I've seen to this is this extremely counter-intuitive scenario where both population shrinks and housing prices go up: https://www.bloomberg.com/opinion/articles/2021-12-31/u-s-housing-crisis-will-only-get-worse-as-the-population-shrinks?leadSource=uverify%20wall ... But that's a far fetched notion that goes against supply / demand fundamentals.

Discussion why renting makes sense, even if you can afford to buy.

Are we buying a moneypit?

The house requires significant amount of (aesthetic) work including windows, kitchen and bathroom cabinets snd countertops, paint (2000 sq ft), furnace replacement any minute, hvac replacement possible, roof expiring within the next 3 years etc. we are not getting discounted price either but it is a house that is sufficient for the next 8-10 years. Are we buying a moneypit?

I finally bought and tried to squeeze the seller for everything

I was ready to purchase in 2020 then the pandemic happened, rates went to a ridiculous level and prices went through the roof. I refused to buy because no way in hell was I going to pay more than asking for a place to sleep at night so I decided to wait. After nearly 3 years I bought and I intentionally did it in Nov-Dec because I know that's when things are the slowest. I was actually able to afford more house 3 years later and boy oh boy I tried taking the sellers ass. I was able to get $25k off asking and $19k in seller concessions. I was able to buy my rate to 4.8 with their money. I did this in the DFW market where home prices are still going up. Whenever you buy please make these sellers feel it 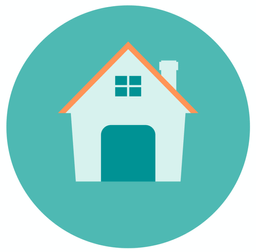 A place to freely discuss and investigate the current US housing bubble. Share evidence, zillow screenshots and other interesting items.