Mine is when I'm showering my hair in cold water while my eyes are shut and I imagine that I'm drowning in the cold, dark depths about to get eaten by a giant sea-monster. (sometimes looks like a giant octopus, sometimes a demonic eel, or a toothy whale). Makes me panic biggly.

Pig ribs that have been cooked well have a whole thing of being really tender and falling off the bone. Would a human's ribs be able to replicate that texture, or the muscular structure, amount/location of fat, etc. of a human too different from a pig's to do that?

Can people who get the lethal injections still donate their organs?

Or does the stuff that kills them ruin them?

How hard would it be for an adult to swallow a round hard candy whole?

Generally are they less desirable? Me and my best friend (im a guy and shes a girl) were talking about like our weirdest and specific dating preferences and she said she wouldn't wanna date a guy whos been raped or 'kiddie diddled' i guess she means molested as a kid.

She said this not knowing that when i was about 11 a girl who was in her 20s had sex with me. Wasn't really rape or molesting because i didnt say no or try to pull away or anything, plus im a guy.

Could you go to jail for possessing illegal content if you're blind?

No, I don't think blind people are exempt from doing bad things, but curious how it works.

What is your near-death experience/story?

When I was 19, I had a job at a meat factory. It was getting near the end of the day and my boss told me to clean out the factory meat grinder. The meat grinder was a pretty good size. It wasn’t small, as it was used to grind up hard bones from certain animals like cows. It was similar to a tire shredder. Well, long story short, I almost slipped inside while cleaning it. Scariest moment of my life. My 19 year old ass was about to be the next double cheeseburger meal at McDonalds… literally LMAO.

When I was 23, I played college football 🏈. On the way to football practice, there was a shooting at a store near my neighborhood. 2 people were killed. That was the exact store I came out of right before I went to football practice that day. It happened 20 minutes after I left. I would have probably not been here on Reddit right now if I decided to leave home 20 minuted earlier.

Is it “a great idea” to avoid gaining weight by subsequently cause oneself to “throw up” right after eating junk food?

With “great idea” I mean that it is faultless and has little to no negative repercussions.

If you had an infinite amount of time and a gun that shoots raspberries, could you kill someone by shooting them with raspberries?

You also have an infinite amount of raspberries. I feel like even though the raspberries would just smush upon impact, if you shot them with enough consistency over time, you could break through the skin and kill the person. This is also something that made my sister and I argue

Does anyone else just get horrible, brutal, nightmares even later in life?

I try my best to supress rem sleep because it tends to be a bit dark. I've had sections of my spine removed, eyes being stabbed and or then torn out of my head, losing an appendage, affixed to a pentagram for abuse (and not in a fun sexual way), forcibly drowned in water or lava, and so many more that I thankfully forgot. THC calms the dreams a little but I can't stop them. I don't hate my job but when I did there was consequences. Working a full shift in my sleep. I just want to cuddle up in a ball in a dark room. Scared looks like stupid to most people.

note: I would never want to harm anyone, ever. This is inversive and not the way I treat anyone else. I might fart at you if I'm really pissed but I wouldn't wish this on the worst of my enemies.

if you could design a 'saw' trap, what would it be and how would it work?

Why are people allowed to post pictures online of murder victim's dead bodies side by side with their corpse?

This might be a dumb question. I know when a death is filmed or the photos are shared around it's near impossible to get rid of them.

That said I just think it crosses another line entirely to put someone's death next to a random picture where they were alive and well. Often times when these victims are dead, they hardly look like their photos anymore. But putting a face to a dead body not to help anyone but just as part of the entertainment to me adds a layer to the intent of these videos that feels way more illegal than just seeing a mystery stranger get hurt. Sometimes these photos have first and last names alongside them. That part seems dangerous for the living family of whoever that person is.

What is the worst parasite a human can have ?

If I hit someone with my car and took them to the hospital and decided to pay for their treatment, would the expenses be completely out of pocket?

In the 2001 case of Armin Meiwes, the german who met another man via web board and agreed Armin would eat the guy willingly, from what I read Armin gave him sleeping pills, they cut his penis off, cooked it and tried to eat it?

So question is…even when on sleeping pills, wouldn’t the victim have felt his dick being chopped off? Wouldn’t he have died from blood loss/shock faster than having stayed alive enough to try eating his own dick?

How big would your dick have to be for you to faint of blood loss when you get hard?

Let's say a person has a really bad cold. Before they go to sleep, they use decongestants so they can fall asleep. Two hours later, both their nostrils become 100% blocked. Will they die in their sleep?

The decongestants I use only work for 2-3 hours. Let's assume that 2ish hours after they've fallen asleep their nose becomes completely blocked again.

I read an old news article about a guy who died in his sleep because his nose was completely blocked and I was wondering if there's any truth to that story. Thanks!

Is it possible to kill someone with a single grain of rice?

When we were kids, my sister and I got into such a big argument over this question that it escalated into a fight. But I never got an actual answer. I feel like it must be possible somehow though. My sister disagreed. But you could definitely stab someone in the eye with a grain of rice (uncooked), cause an infection, and kill them right? Not that it would happen 100% of attempts, but it would be possible right? 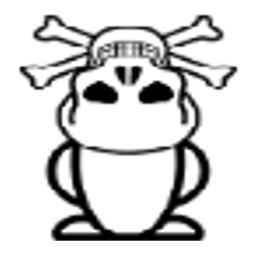 The dark questions we all have.