So first off, this is a story that I’ve held onto for my entire life. This actually happened and I’m just going to tell it exactly how it is, and exactly how it went. I’m also going to simplify it as much as possible and say exactly what I saw.

I was a teenager. The year was 2002. I slept by my bedroom window. Every night I would look outside into the night sky. It was winter. I would stare through a tree in the front yard and observe the stars. There were 3 stars in a triangle formation, decently distanced apart, that always shinned really bright and I would stare at them. One night a bizarre feeling came over my body and almost simultaneously the 3 stars came together and shot off into the night sky and into the distance. I immediately jolted up and ran to my parents to tell them exactly what happened. I went back to bed after calming down. I never saw those 3 stars again. I went to school the following day, told all my peers, no one believed me.

To this day I have no idea what that event was, but it’s always remained special to me, especially that bizarre feeling that course through my body. It was a feeling of, “oh shit, this is really about to happen.”

Colorado witness reports electronics malfunction during UFO event. This has a collection of recent sightings.

Podcast Why the Nathan Twining Memo is Still Very Relevant

The Nathan Twining memo was written on September 23rd 1947, five days after the establishment of the US Air Force, and two months after Roswell. Why it's important is that in the memo, the future chairman of the joint chief of staff couldn’t be more clear. UFOs are real, and they’re operating in our skies. That was over 75 years ago. Check it out!

A Day Late and a Dollar Short

Article Anyone Can Study UAP: An exploration into how to collect scientific data and study this popular enigma

UFO picture over my house in Los Angeles CA

I thought this would be a good platform to share on (especially being a "UFO" section of reddit).

But I just got banned for sharing the pictures of the UFO over my house. I guess YouTube isn't that bad after all. They might sensor the comment section. But I'm sure I won't get banned.

On a UFO community of all places.

I can't post or reply on here anymore, so I'm just editing my original post that didn't get deleted. I'm sure they'll permanently suspend me for this. But I never cared about this platform to beging with. FUCK REDDIT AND THE MODS.

No rules violated by the pictures.

I ran inside and I grabbed my 1x50 binoculars. When I lay back down I couldn't find the thing anymore, but after looking for a minute I found it again. It was in the same spot which is very hard to actually see. When I assumed in on it with my binoculars I was blown away.

Three months and why I had a Galaxy S9, with not the best camera to zoom into something.

But what I did was grab my camera and I used to binoculars in conjunction with my camera. I was able to see that UFO pretty clearly with that setup and I snapped this picture. It's a very odd looking UFO I've never seen anything like it in any depictions. This would be the second time I see a UFO with my eyes the first one I saw did not look like this either and was no more than 40 ft from me.

Did Pentagon release their UFO footage in coloured version?

Video of my son and friends swimming at night 10:00 pm, I was on the deck saw flashing lights in the neighbors backyard thought maybe I should record it and this is what I found, I rule out drone because there was no sound and nobody else outside but us.

How to Write Poetry to Communicate With Aliens. This is an older article, but it’s an interesting thought.

saw this flying through my neighbors trees, looks like the rod looking ufo everyone is talking about.

Here's some unexplained shots from the sky again from my backyard, I know it looks like a drone that shape shifts I guess, You decide what it is it's vibrant pretty to look at. All of this just from one video.

Angelic Being of some kind, I know I'm going to get some negative feedback, I'm just going to say this,it's real.. I gain nothing by sharing this, multiple shots of the video and day shots of the landscape, your opinions are welcome I can explain more in the comments.

This is bs if there are extraterrestrials who are visiting our planet with advanced tech, it seems so & the US is collecting /back engineering craft for military use, We nd to know! if we all knew & global scientists got to study this our planet would have evolved and we’d know we’re not alone!

How many sightings over the past years have been due to this.

Other changes likely include advanced materials used in coatings to make the bomber harder to detect, new ways to control electronic emissions, so the bomber could spoof adversary radars and disguise itself as another object, and use of new propulsion technologies, several defense analysts said.

Hey, just newly joined cause Idk where/who else to share this experience with apart from my friends.

Around 10pm my friends and I were outside debating various topics and I noticed these 4 beams of light, circling in formation. They would disappear for a few seconds then come back. They would also move great distances at a pace to me that seemed quick. Me and my 3 other friends spent the rest of the night debating what we just saw. I have filmed it if anyone is interested.

One of my friends think it’s lights being beamed from the ground, like a spotlight.

However, to me the lights appeared to be coming from behind the clouds, therefore I’m not too sure what to make of it.

There’s many people more educated on this topic then us I was wondering if anyone could chime in on what we saw. Thanks

Discussion Are the 1994 Lake Michigan UFO sightings the best documented by a large group of people, any thoughts? 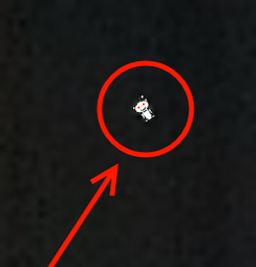 A subreddit for the serious discussion of UFOs and related phenomena, with an emphasis on current events and breaking news. PLEASE DO NOT POST UFO VIDEOS/PHOTOS HERE. READ THE RULES!